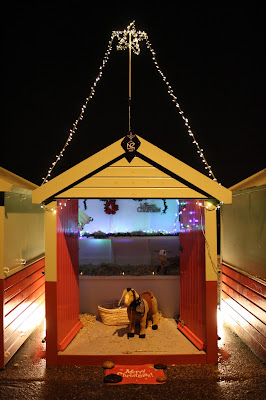 Hut 329 tonight was one of the jolliest, joy-filled huts we've had despite a howling gale and brief showers of rain mixed in with the sea spray being blown in from the crashing waves. 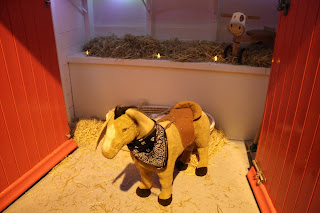 The carol was Little Donkey, and the title character took central stage in a hut bedecked with straw and a friendly cow.  The whole scene was topped off with an amazing star, streaming light down onto the hut which meant that we didn't have to erect our usual blue star on a stick so that people could find the right hut tonight.

Later on the donkey was joined by Mary and Joseph and later still by friends and a couple of adult sized sheep! 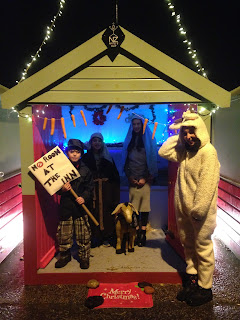 Pretty soon the hut was packed with children who all wanted to get in on the act, fulfilling the prophecy on the placard which said 'No Room in the Inn'! 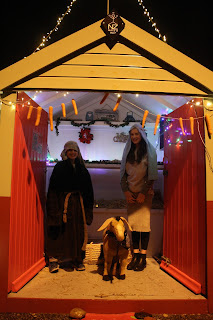 The hut is owned by Katie and her whole extended family came and joined in the fun from the youngest child right through to her 92 year old Grandmother.  Her ownership of the hut is in response to the sudden death of her husband and tonight was a fantastic example of that way that light can banish the darkness - the heart of the message of Advent.

Only two more huts to go and the penultimate hut of this year's calendar is number 305.  See you tomorrow. 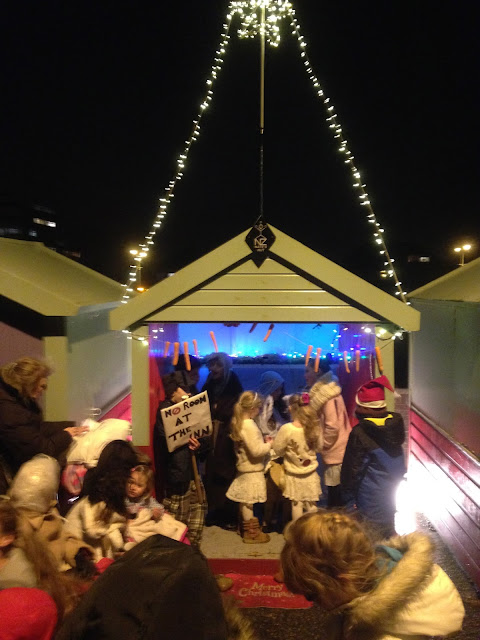