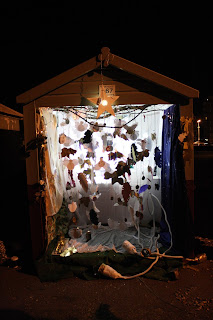 Hut 367 was inspired by the artist Cornelia Parker who takes ordinary objects and puts them into unusual installations, she's famous for blowing up a shed and suspending the fragments in mid-air. 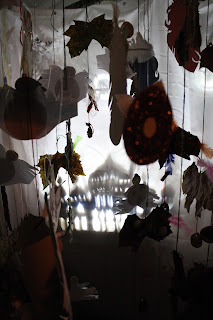 Crimson was the artist who worked with children at the Goldstone school to create angels from found objects such as leaves, orange slices and cinnamon sticks which were then suspended from a framework of branches spread in a lattice across the ceiling of the hut. 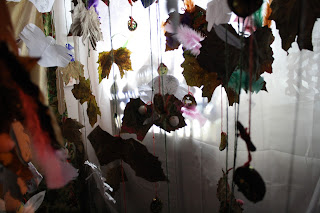 The whole scene was set against a white backdrop with silhouettes of snowflakes, stars and the Brighton Pavilion backlit so that they were projected into the scene. 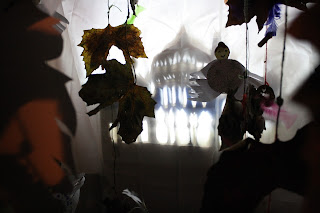 There was an innovative addition to the hut in the form of a sound machine.  This consisted of a large box from which a series of white flexible tubes snaked, each tube terminating in a large golden ear trumpet. 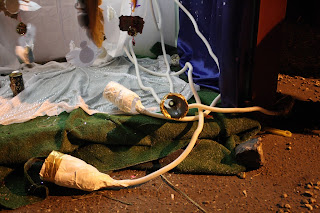 If you put the devices to your ear you could hear a number of different pieces of audio. 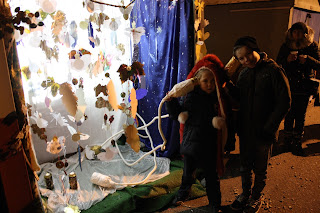 Some of the audio was children telling us about angels while others featured Crimson describing those people in her life who have been absolute angels when she needed them.


These were all interspersed with recordings of the school orchestra rehearsing Christmas carols and the sound a baby heartbeat from within the womb - a sign of the wonder that eventually became Crimson's daughter.  This was there to remind us of the expectation of Advent as Mary waits for the birth of the baby promised to her by the Angel Gabriel.

Our next hut is number 253 between The View and Hove Lagoon. 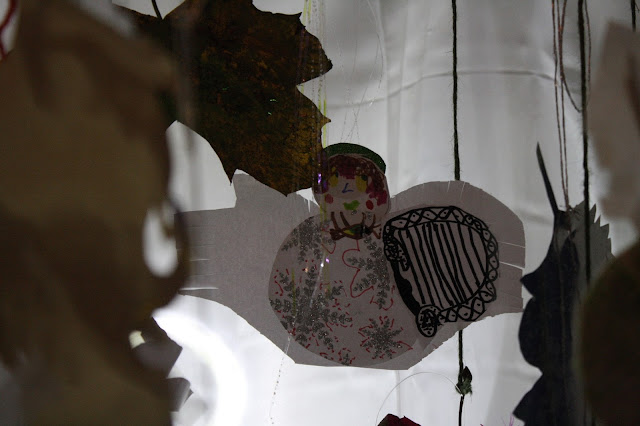