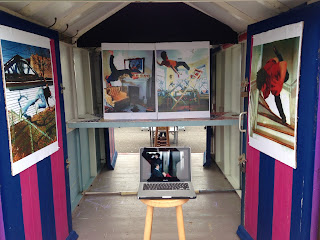 The theme tonight was failure and Martin Poole was the artist who seriously contemplated just putting a sign on the door saying 'sorry we've been unable to create an installation tonight' but that isn't an example of failure, it's just lazy! 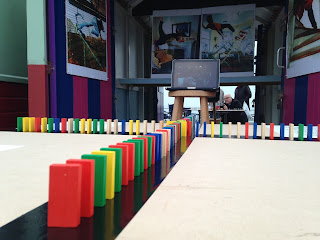 The inspiration for tonight was the fact that there are three stations of the cross which feature Jesus falling.  We don't know why this happens three times as this is not based upon the Biblical account which only tells us that Jesus required the help of Simon of Cyrene to carry the cross.  But we all understand that it is human nature to fall and to fail and the installation in the hut tonight helped us to reflect on this in a variety of ways. 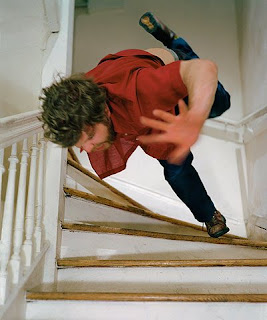 Inside the hut were pasted up images from controversial artist Kerry Skarbakka who creates images of people falling in very precarious and sometimes shocking ways.  You can read more about his work here.  Kerry Skarbakka was not a collaborator on this project. The appropriation of his imagery was used in context of this installation only. It should noted that his work is not intended to endorse any religious affiliation or association.

Alongside these was a video loop playing on a laptop which was created from a commercial for beer which has been slowed down and had an audio track called 'Falling Down' by Muse added. 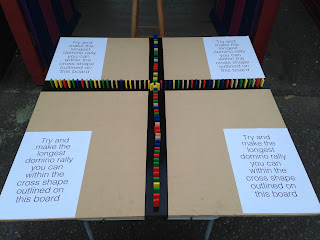 Outside the hut was a board with a cross marked on it and an invitation to create the largest domino rally possible.

It was very hard to achieve a full cross of standing dominoes because invariably one of the dominoes would fall or the wind would blow them or a dog would jog the table.  So everyone who tried this had lots of opportunity to experience failure. 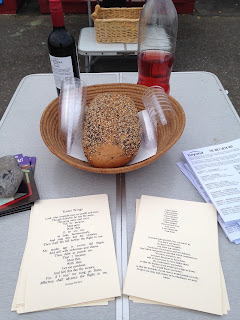 At one stage Sheila and Martin began to work together as one of them held on to a standing domino so as to prevent a collapse while the other person worked at standing dominoes up.  As soon as the Martin created the security of a domino barrier, Sheila commented on how she felt a sense of relief and relaxation which helped her building.  This was a moment of epiphany as we both realised that working together helped to allay our fear of failure.

Each night we have shared a simple breaking of bread as a way of connecting us to Jesus own journey to the cross and tonight that became a symbol of our unity as we understood that being together we could help each other not to fall.  This was accompanied by a George Herbert poem about rising and falling called Easter Wings and some prayers. 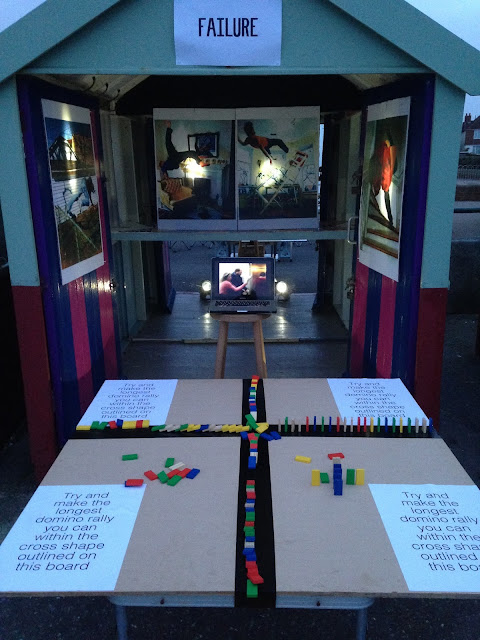