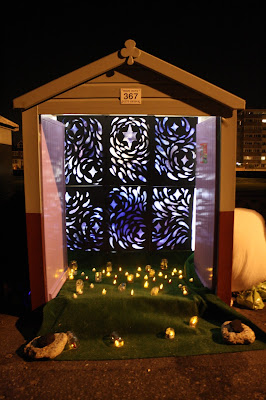 Another windy but dry night made it hard to focus on the theme of the hut which was Silent Night.  It was anything but silent on the seafront as the wind tugged at our clothes and hair and threatened to carry away parts of the thin cardboard display.

Add to this the sound of the waves crashing on the beach and the children running around and it felt like a very busy, noisy place to be rather than the silent haven envisaged by the writer of the carol. 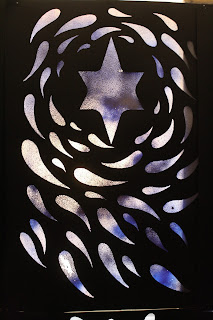 The art in the hut was created from cutouts made in black card and placed against spray painted acetates which were back lit so that they glowed in the dark. 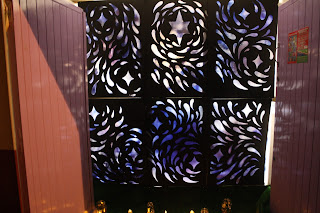 The patterns created around the central star, whirled and swooped around the hut making it feel as though the whole thing was moving.

Laid across the green carpet of grass on the floor of the hut was a host of little candle lights, helping to give the scene some warmth and movement. 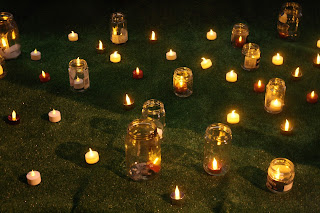 We discovered that even when surrounded by a tall glass jam jar, the wind was still strong enough to blow out any tea lights so we resorted to using battery powered tea lights which gave a really warm feeling to the scene. 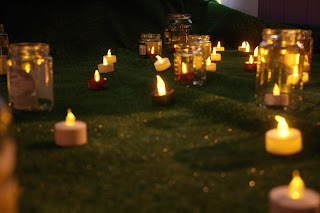 The next hut is just a few yards to the west of tonights as it is number 403 at Hove Lagoon. 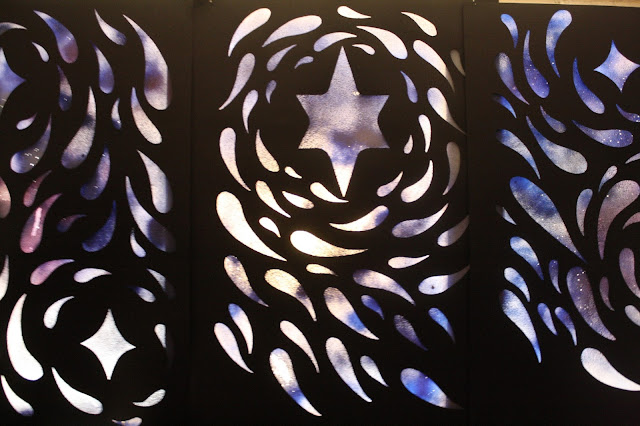