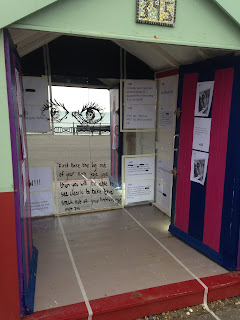 Our first ever Holy Week Hut debuted tonight as we begin the countdown to Easter.  This is not quite the same as the Advent countdown to Christmas but it is important as we come to the end of Lent.

Lent begins on Ash Wednesday and is a time for austerity and abstinence as we remember the 40 days and 40 nights that Jesus spent in the wilderness before he began his life as a preacher, teacher, healer and mystic.  (If you are very observant (and the kind of person that likes details) you might realise that 10th February to 27th March (Ash Wednesday to Easter Day) is actually 46 days but that's because Sundays are always treated as feast days as this is the day we celebrate the resurrection of Jesus). 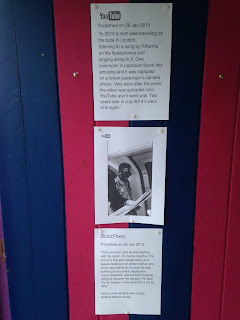 Christians have been walking the via dolorosa since the earliest times both physically and metaphorically.  Sometime in the 15th centre the Franciscans put this story together as a series of tableau that became known as the Stations of the Cross.  These fourteen scenes describe different stages in Jesus journey to the cross, some of which can be found in the Bible and others which have been handed down through the oral tradition.

For the Holy Week hut we have combined some of the stations into six themes as the focus for a series of artists to create something in Beach Hut 395 every night from 5.30pm-6.30pm. 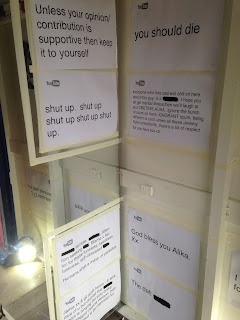 Tonight the theme was judgement as the Easter story begins with Jesus being condemned to death by Pilate.  Artist Lucy Lauener chose to look at social media as an example of the judgemental attitudes that many people have.  Her installation showed us the story of someone on Youtube singing along to a Rihanna track and the comments posted about this as a result. 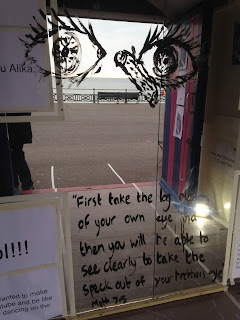 We were made to think about our own judgement of others as we saw our own image reflected in the mirrored back wall of the hut and we were watched by a large pair of painted eyes.  The legend 'first take the log out of your own eye and then you will be able to see clearly to take the speck out of your brothers eye' from the gospel of Matthew chapter 7 verse 5.

This provoked lots of discussion amongst those who came along tonight about the attitudes we have towards others and the way we make snap judgements about people and situations.

Tomorrow we're back at hut 395 once more thinking about burdens. 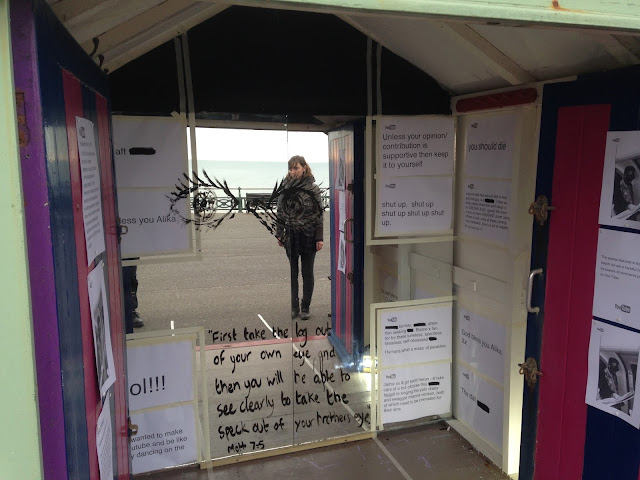