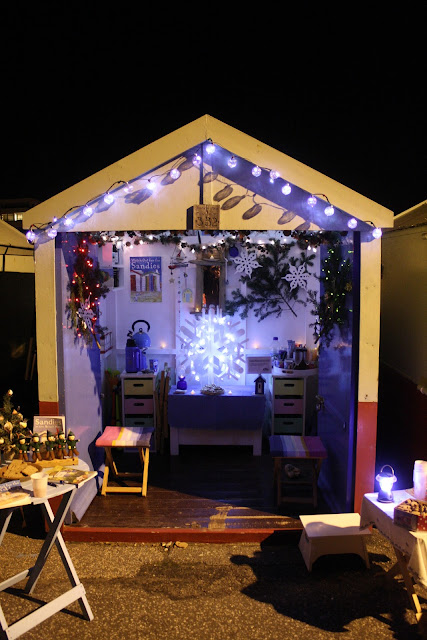 Hut 332 tonight was a vision of light on a cold dark evening.

Local writer Cathy Watts (author of the Sandies children's books) took the Star Carol by John Rutter as her inspiration, (you can listen to the carol here). 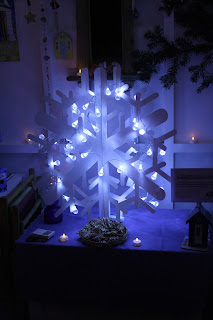 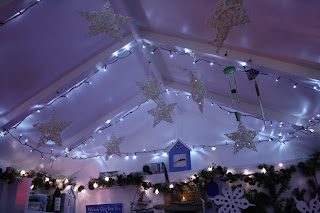 The hut had a large centrepiece star/snowflake and had a ceiling of stars looking down on the scene below. 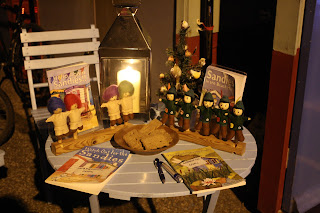 Outside the hut was a collection of little Christmas characters with star shaped Christmas tree decorations which were given to everyone who came along and very tasty gingerbread people to eat along with our mince pies and mulled wine. 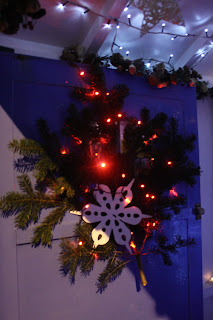 We spent a lot of this afternoon filming with George Clarke for a Christmas special edition of George Clarke's Amazing Spaces which will be broadcast on 18th December.

The next hut will be themed around Silent Night and is number 399. 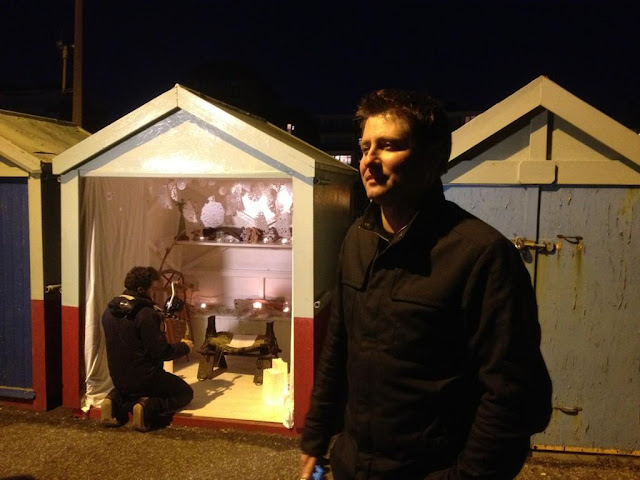