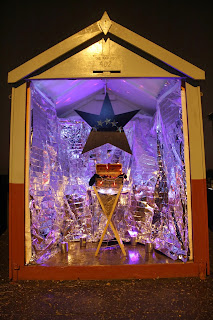 For the last six weeks a group of sixth form students from Cardinal Newman Catholic Secondary School have been wrestling with the letter Q and its relationship with Christmas.

The group decided to focus on the idea of a Quest as so many groups sought out the baby in the stable on the first Christmas night.

The group produced a quiz for all the attendees with a set of five riddles to which the answers corresponded to the five letters of QUEST. 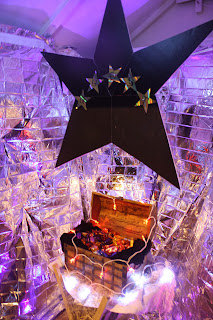 Everyone who completed the Quiz was given a silver star and invited to attach this to the large dark star at the heart of the display in the hut. 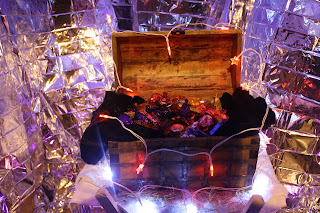 They also received an award for completing their Quest in the form of a Quality street chocolate from the treasure chest which was positioned in place of the crib. 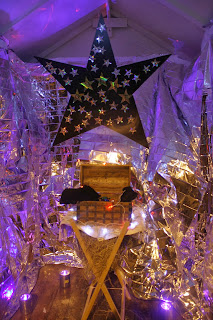 The whole hut was wrapped in silver foil and lit with lasers to create a really sparkly look.

The weather tonight was even worse than yesterday as it rained non-stop for the whole duration of the opening, but the students persevered and kept everything going all night.

The next hut is right next door to this one at number 403. 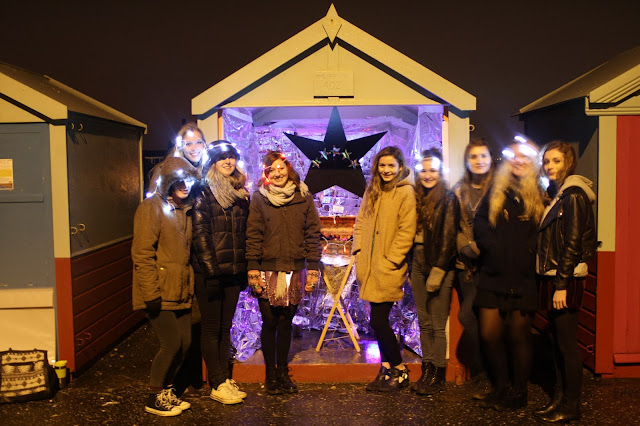