Who was the greatest comedian in the Bible?
Samson - because he brought the house down.

If "Joy is the most infallible sign of the presence of God." Pierre Teilhard de Chardin then God was very evident on Sunday 25th May at the Old Market Theatre as 70 or so people met for a good laugh along with their religion. We had jokes from Eddie Izzard, Monty Python, christmas crackers, the Revd. Andrew Rumsey and our feature contributor - Milton Jones.

Our aim was to prove that "the test of a good religion is whether you can joke about it" GK Chesterton although the emphasis was not on taking the mickey out of Christianity (that would be too easy) but on how humour can reveal truths about God which go much deeper than ordinary talk.

Milton pointed out that perhaps Christianity is like a Cornish pasty - there's something in it but it's difficult to find out exactly what it is.

As Andrew Rumsey wrote in a recent article on Ship of Fools "Comedy lies in the gaps between what we ought to be, what we are, and what we just might be one day. Comic timing relies on eternity being written into the heart of man, and man knowing the absurd shortfall: bathos – the lapse from sublime to ridiculous – is thus a part of the comedian's stock-in-trade. In the biblical story, though, God appears to fool around with this familiar routine in the person of Jesus, whose resurrection rewrites the joke about the bloke who's alive, but then dies. The timing seems to be all over the place, but, for those who get it (and Christianity is a gag that plenty don't), the divine punchline makes sense of everything that went before." You can read the whole article at Ship of Fools

The God who is so beyond our comprehension reveals himself in the person of Jesus, so what do we know about Jesus?

Jesus had a beard and sandals and long hair. 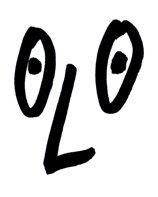 although we don't know for certain about the beard..

or the long hair..

What we do know and we discovered on Sunday, is that humour is good for us; good for our souls and that Christianity is like knitting - basically good but responsible for a lot of bad things. 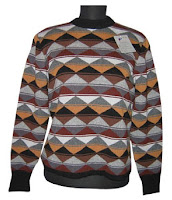