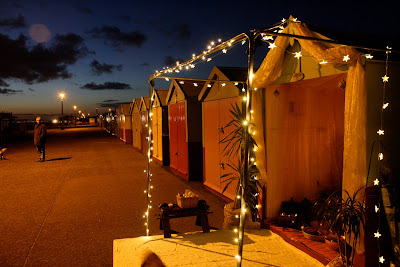 The hut tonight was full of Eastern promise as the theme focussed on the travels of the wise men as they journeyed from the East. The chosen carol was From the Eastern Mountains which is not very well known, but for Rosie, Julie and Richard from the BEYOND team it evoked thoughts of the mystic East.

Taking their inspiration from the Shrine of the Nativity at Bethlehem they created a wonderfully rich environment with tapestries and swathes of material; candles and palms, turning the whole hut into a Bedouin tent. This was enhanced by the smell of burning incense and some amazingly atmospheric music from Reem Kelani, a Palestinian who some of us saw at Greenbelt this year. You can read more about her here and hear some of her music as the soundtrack to this film about Bethlehem today. 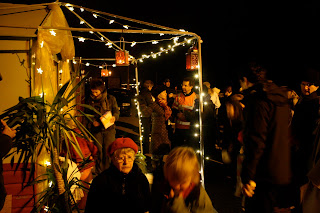 Lots of people came out tonight to enjoy the cold, clear evening and experience a little of the East. Some also came because they'd seen us featured in both the Times and the Telegraph today thanks to local photographer Andy Hasson who came along to a number of huts over the last week and took some really nice photographs. 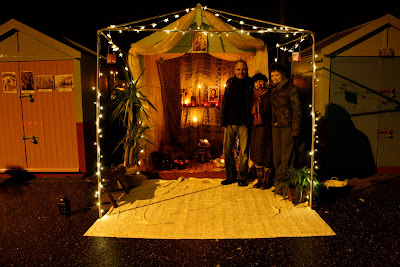 Next up is hut 381 which is going to be decorated by the 1st Hove Girls Brigade troupe.
Posted by BEYOND at 22:03 No comments: