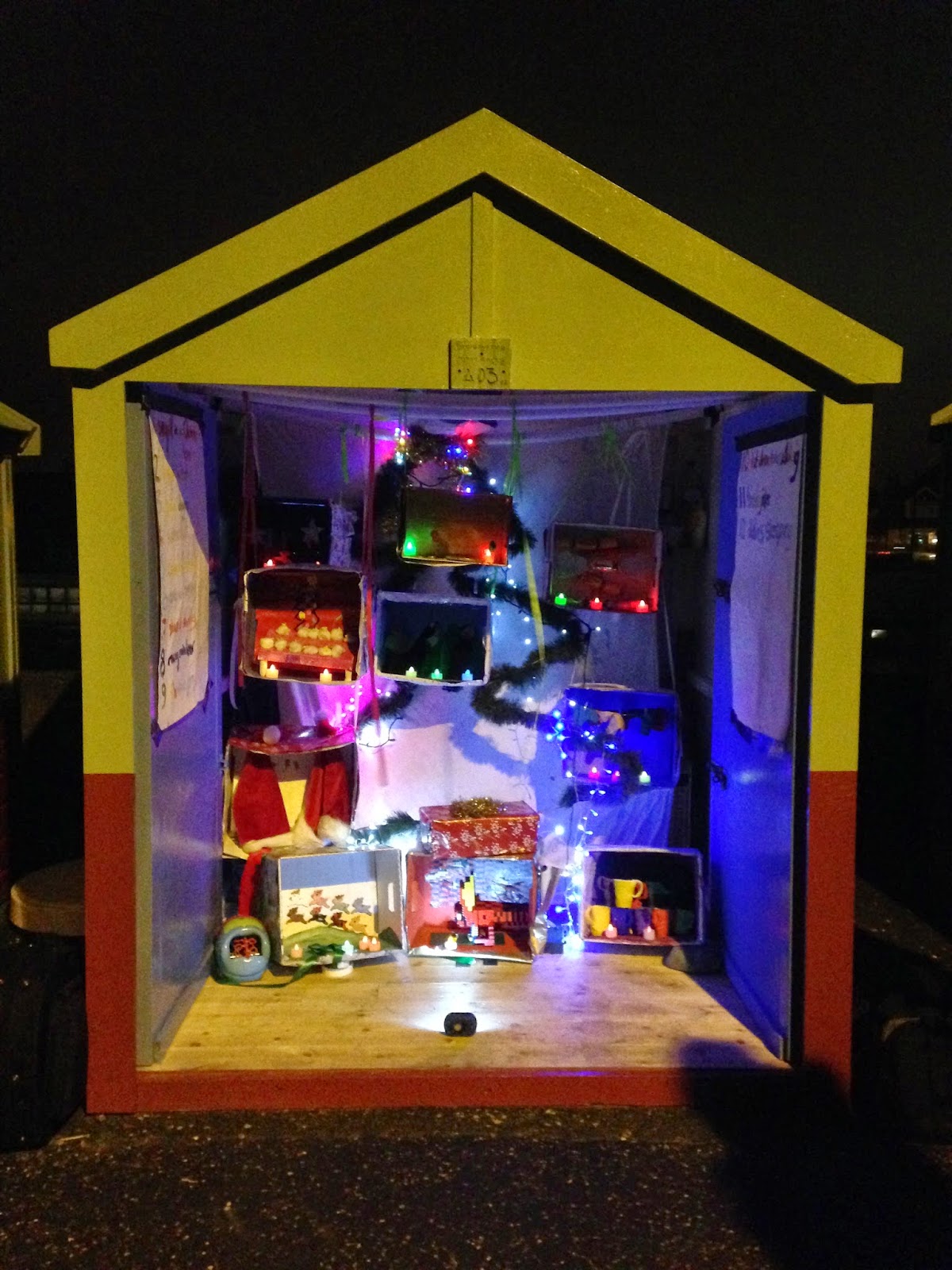 It was pretty windy on the seafront tonight but still people came out to see hut 403.

The song for tonight was a very different take on the Twelve Days of Christmas.  The hut was put together by teenagers in care as part of their art therapy group and the task they were given was to write their own version of the well known song featuring things that were important to them about Christmas. 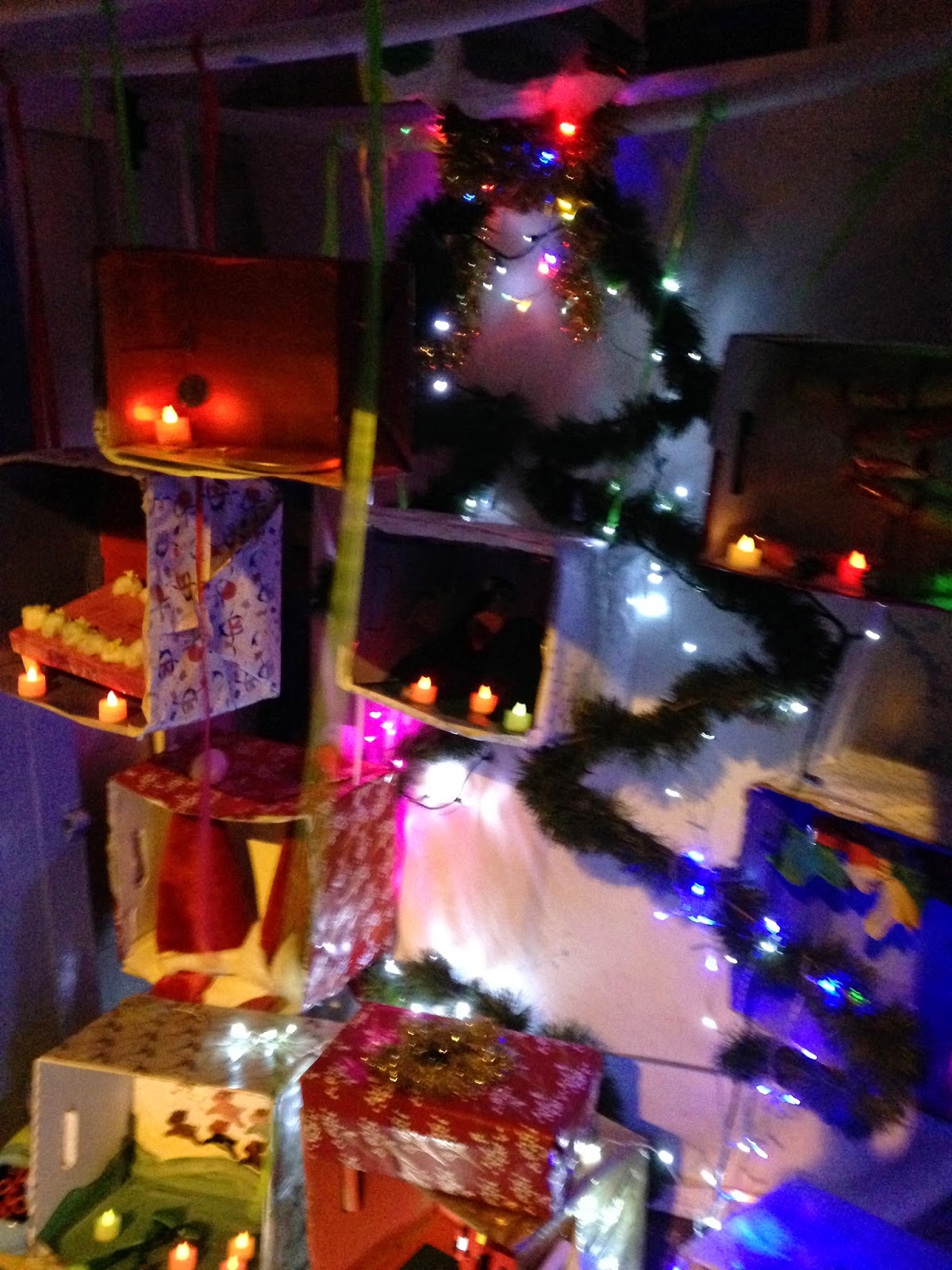 Each of the new items in the song were represented by boxes which the children had created to illustrate the new line which they had written for the song.

We all sang the new version of the twelve days which goes like this: 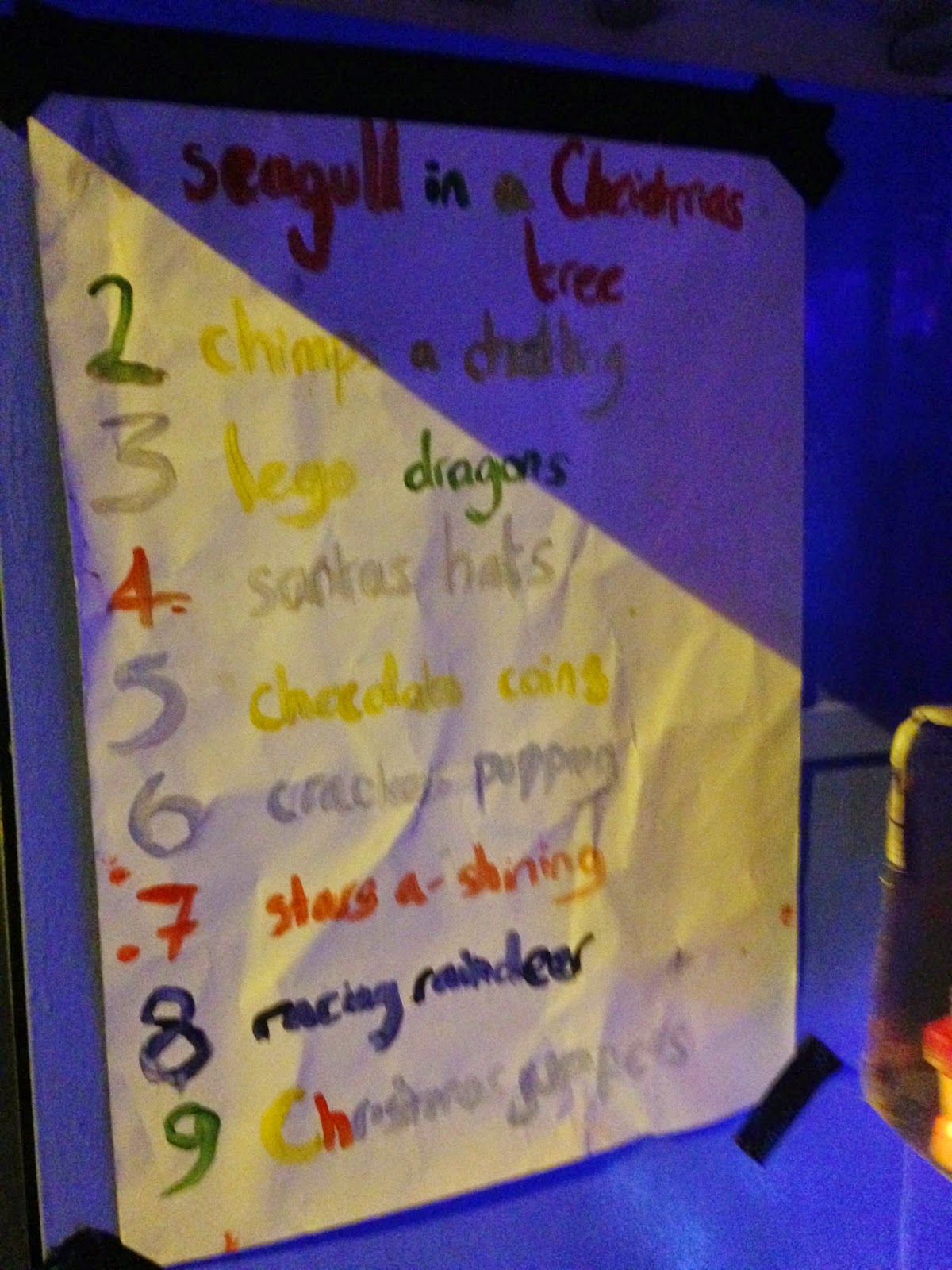 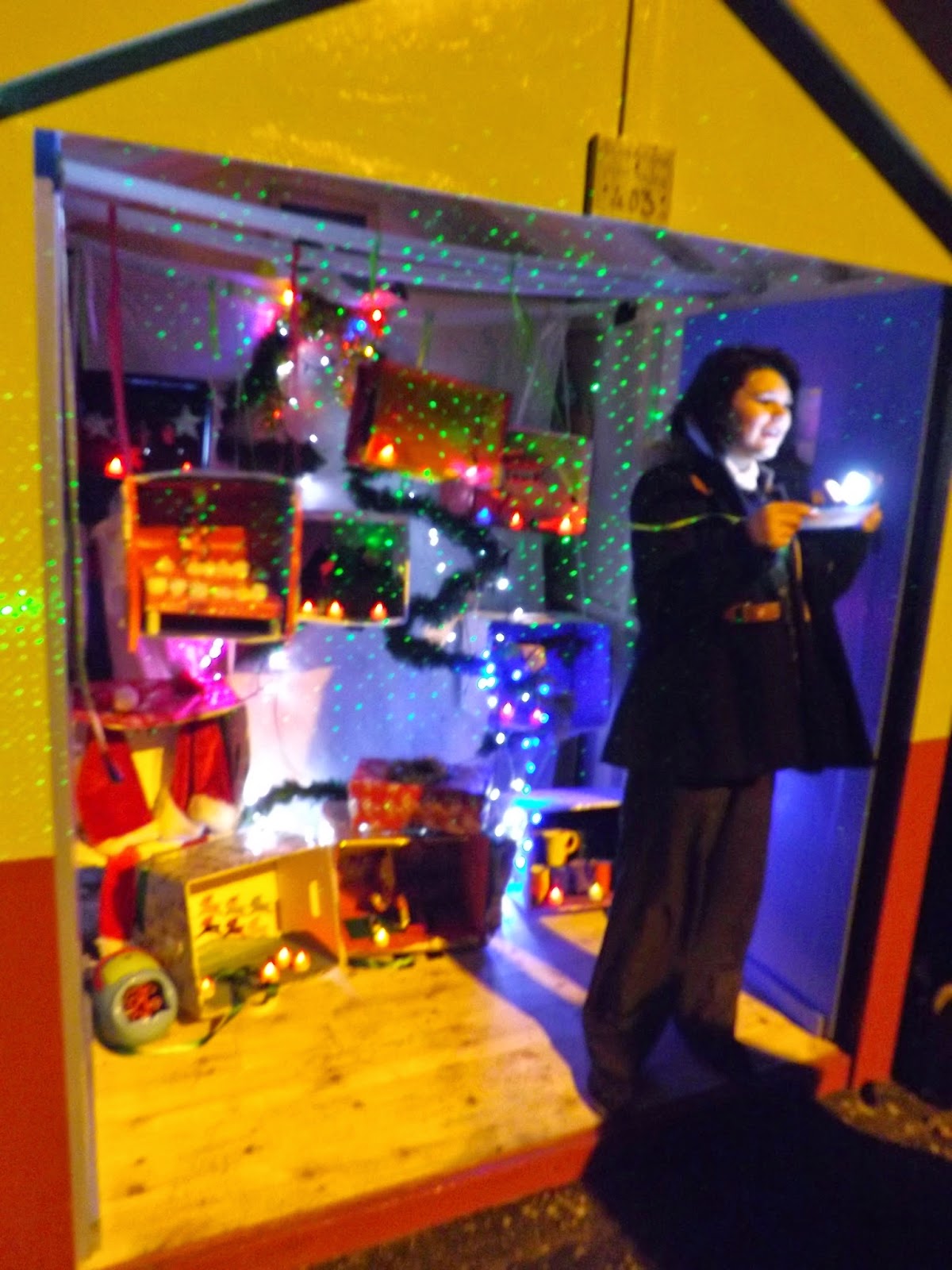 We also had some poetry from one of the children.


The next hut is number 305 and will feature all sorts of interactive art experiences. 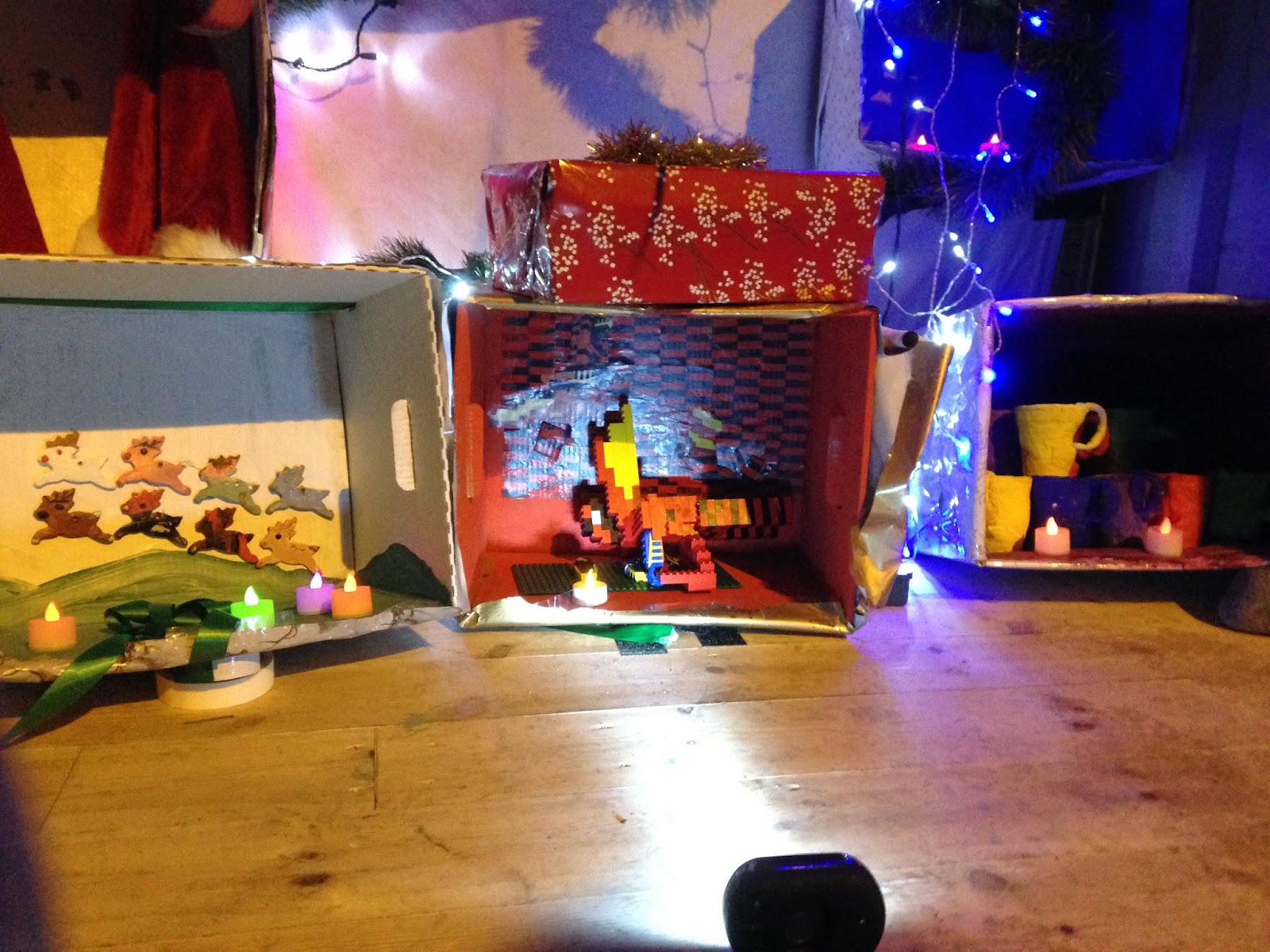