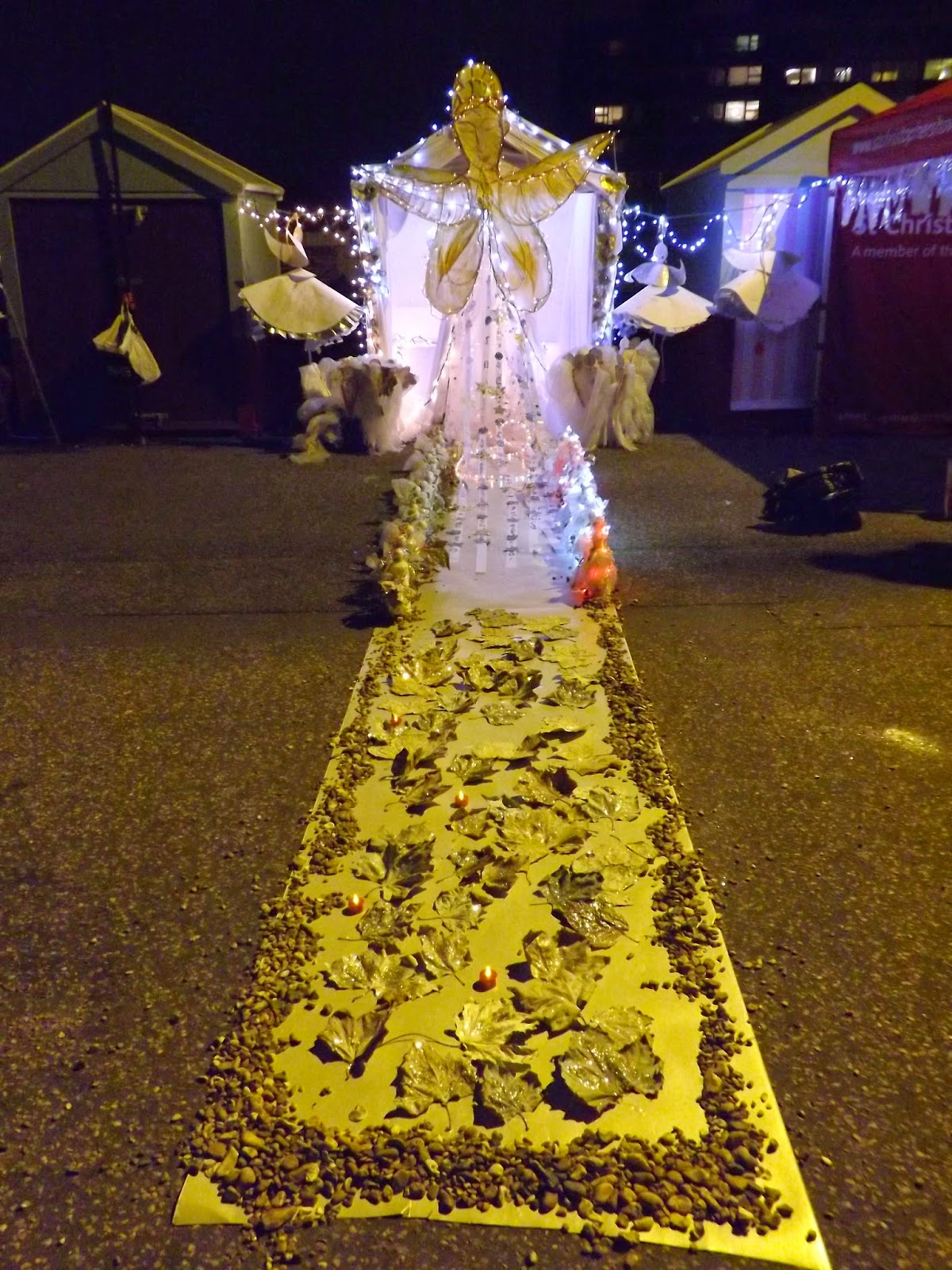 The seventh annual Brighton and Hove Beach Hut Advent Calendar launched in style tonight thanks to St. Christopher's School in Hove who pulled out all the stops to create a fantastic opening night hut.

Their theme was Angels from the Realms of Glory and we were treated to angels of all sorts and shapes and sizes in all their glory both inside and outside the hut. 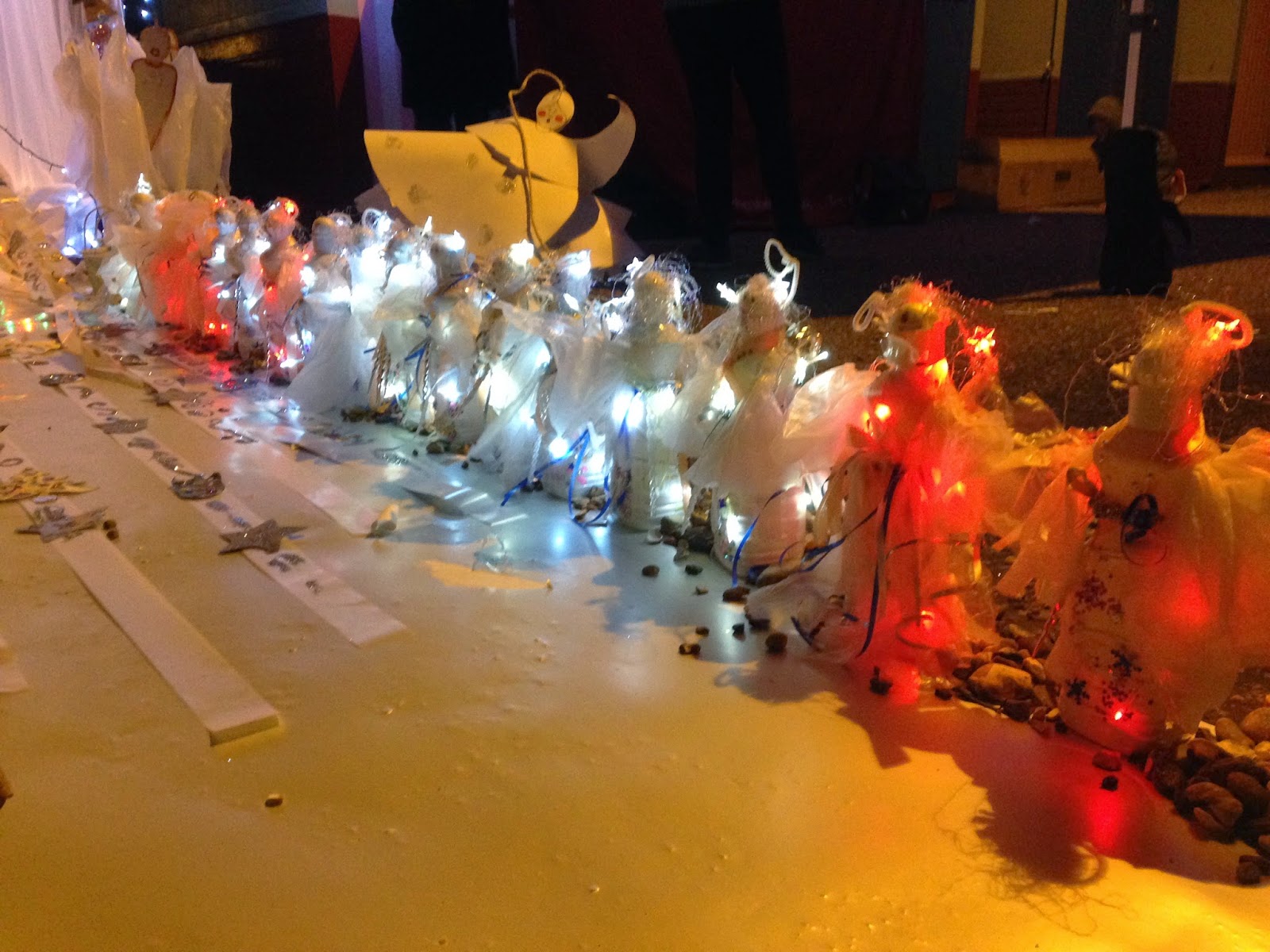 The hut itself became a massive angel with a guard of honour made up of milk bottle angels lining the silver pathway up to the hut. 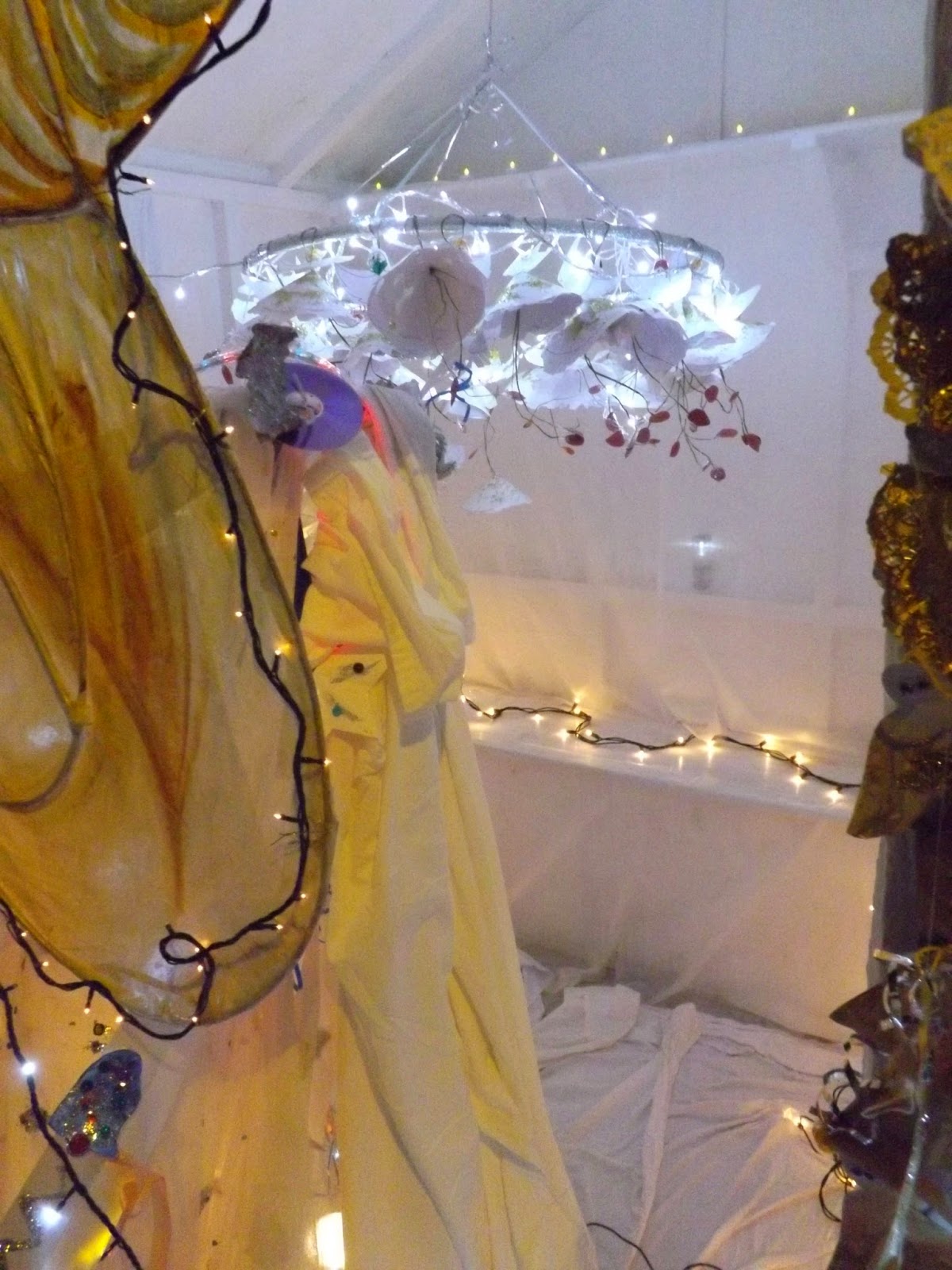 Even the Archangel covering the entrance to the hut had angel decorations behind her/him which could just be glimpsed behind the angel wings.


There were angels hanging between the huts, angels in great crowds either side of the doorway and angels hanging in lines on the St. Christopher's gazebo which was set up to give a home to the choir who sang for almost the whole hour.


The mulled wine and mince pies disappeared very quickly even though we supplied double the amount that we normally provide. 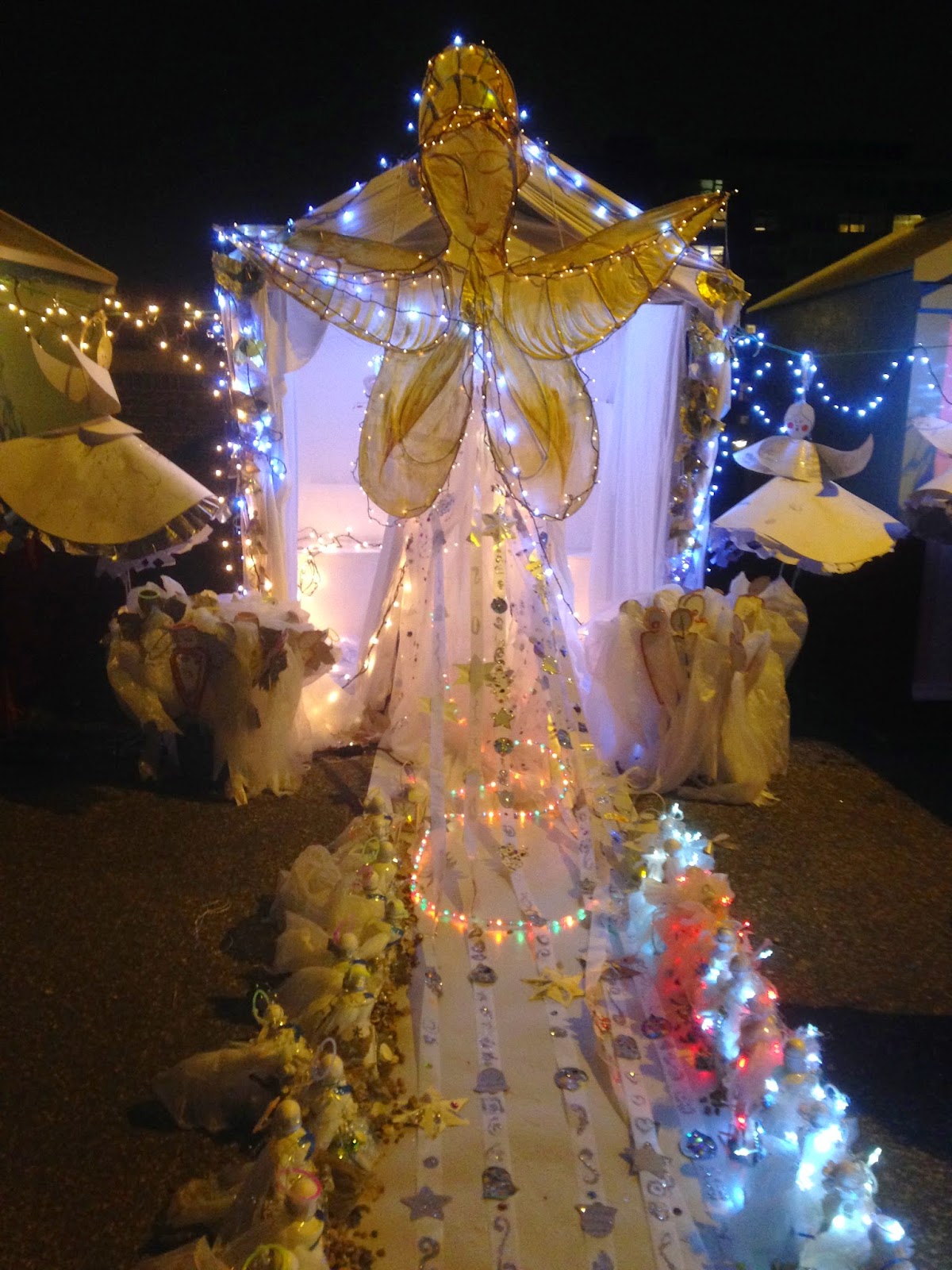 This was largely because so many people chose to visit the hut tonight, it was absolutely packed.  The crowd was so large that a group of runners heading towards us on the seafront decided to turn round and go the other way when they realised how impossible it would be to wend their way through so many people.

Among the visitors was the Bishop of Lewes, the Right Reverend Richard Jackson along with this family to celebrate the start of the Advent season. 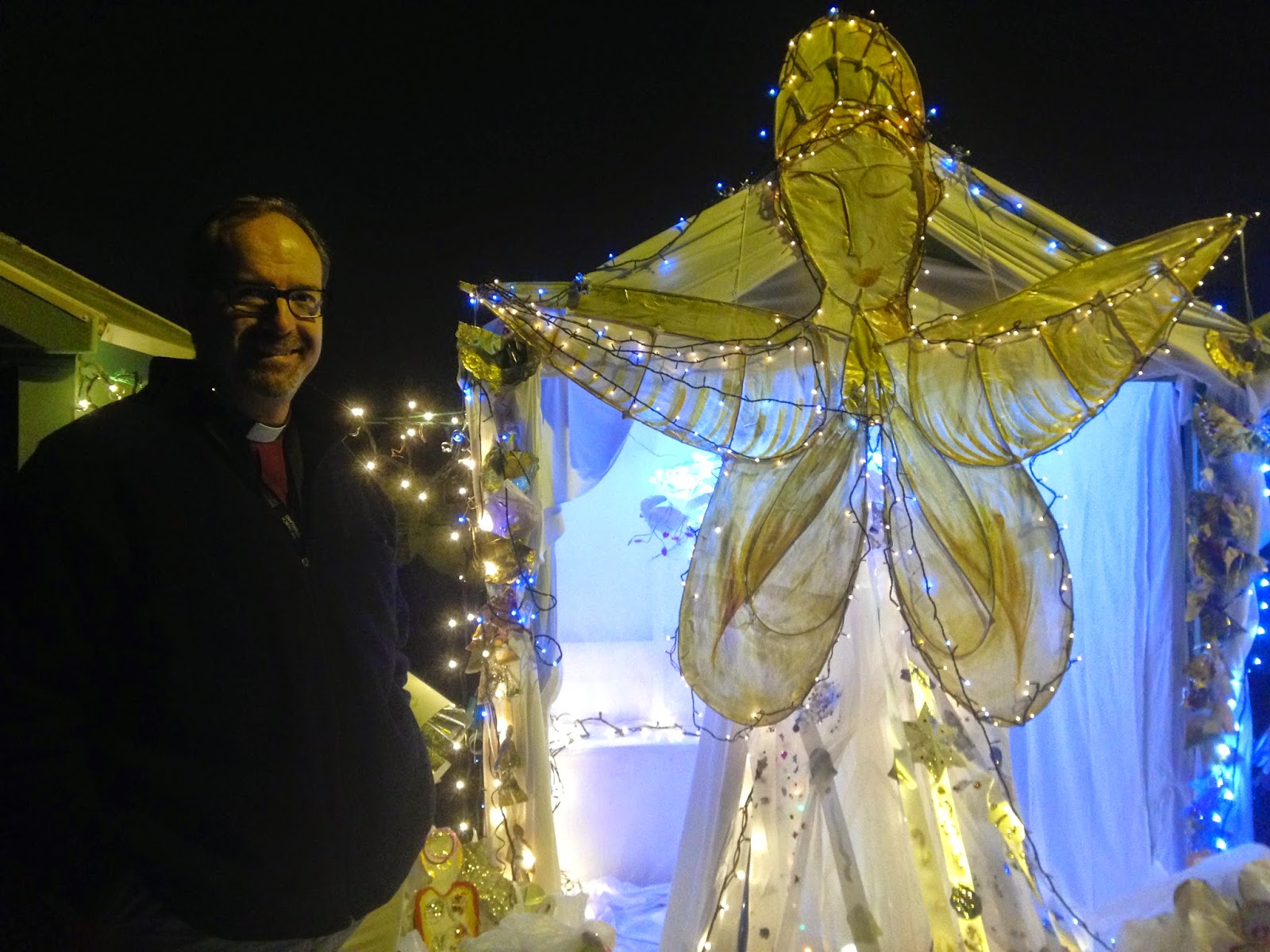 This was a fantastic start to this years calendar.  Hut 311 really showed what it means to be a light in the darkness, which is one of the key messages of Advent.

The next hut is number 227 which is a little closer to The View than we were tonight. 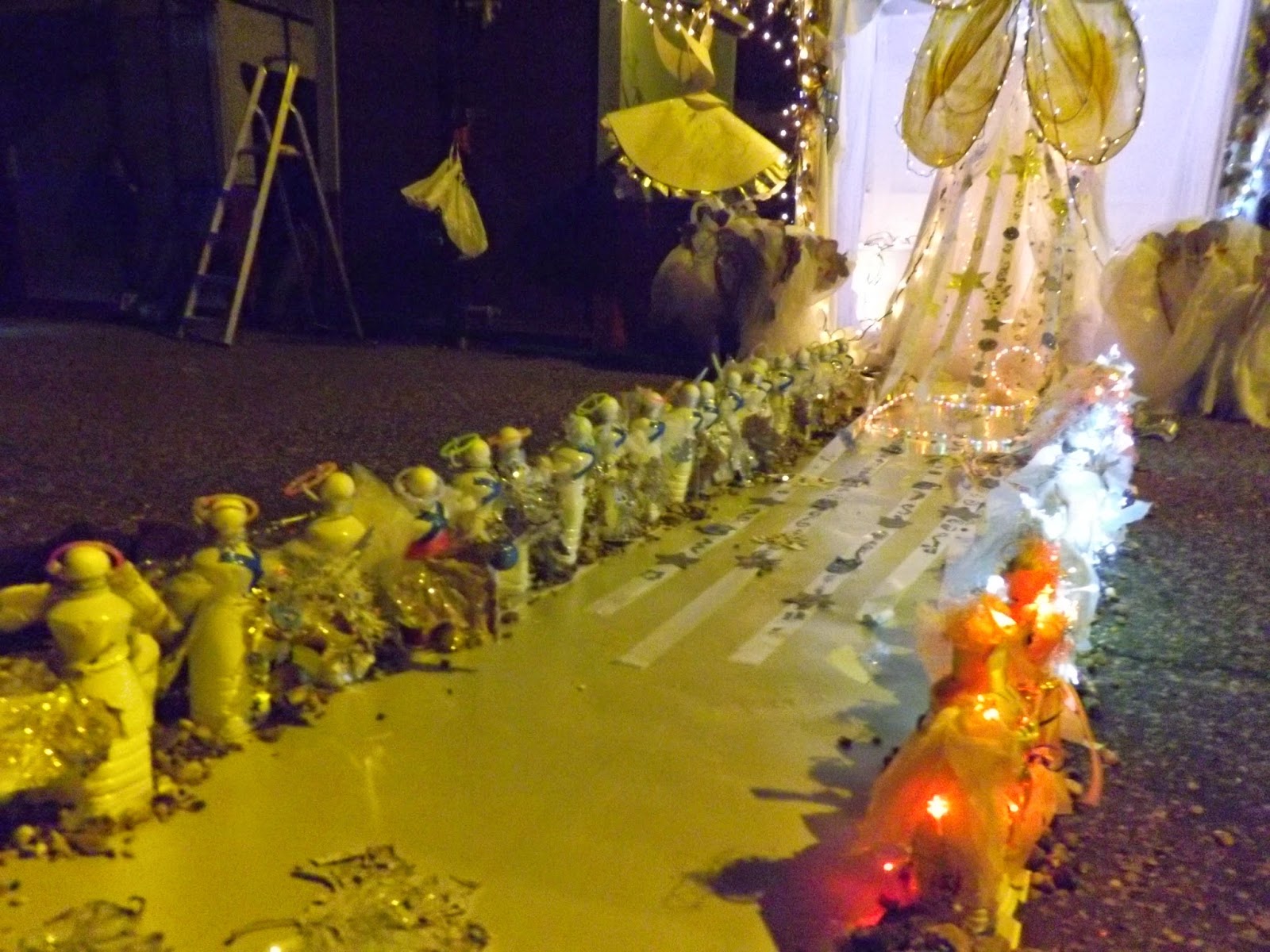