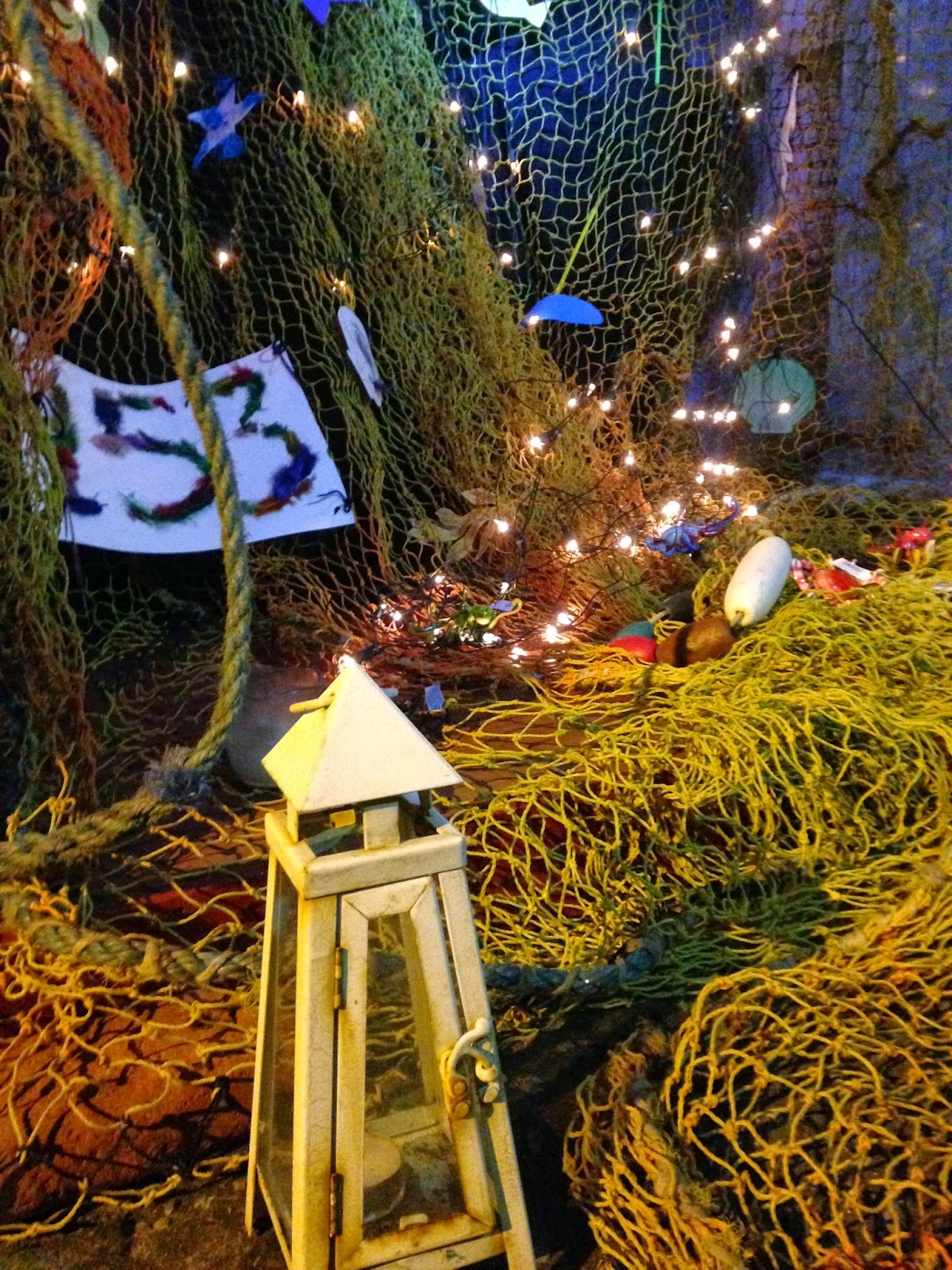 Tonight, hut 264 felt very much part of its environment as it was decorated with fishing nets and fish, perfectly appropriate for the stormy seashore.

The carol was a very obscure one entitled 'A Ship is coming Laden', which is a German Advent song, possibly one of the earliest known religious songs in that language as it was written in 1450.   It is a close cousin to I Saw Three Ships which was the theme of the hut last night and is an allegory of the Virgin Mary carrying the unborn child to its safe haven in Bethlehem. 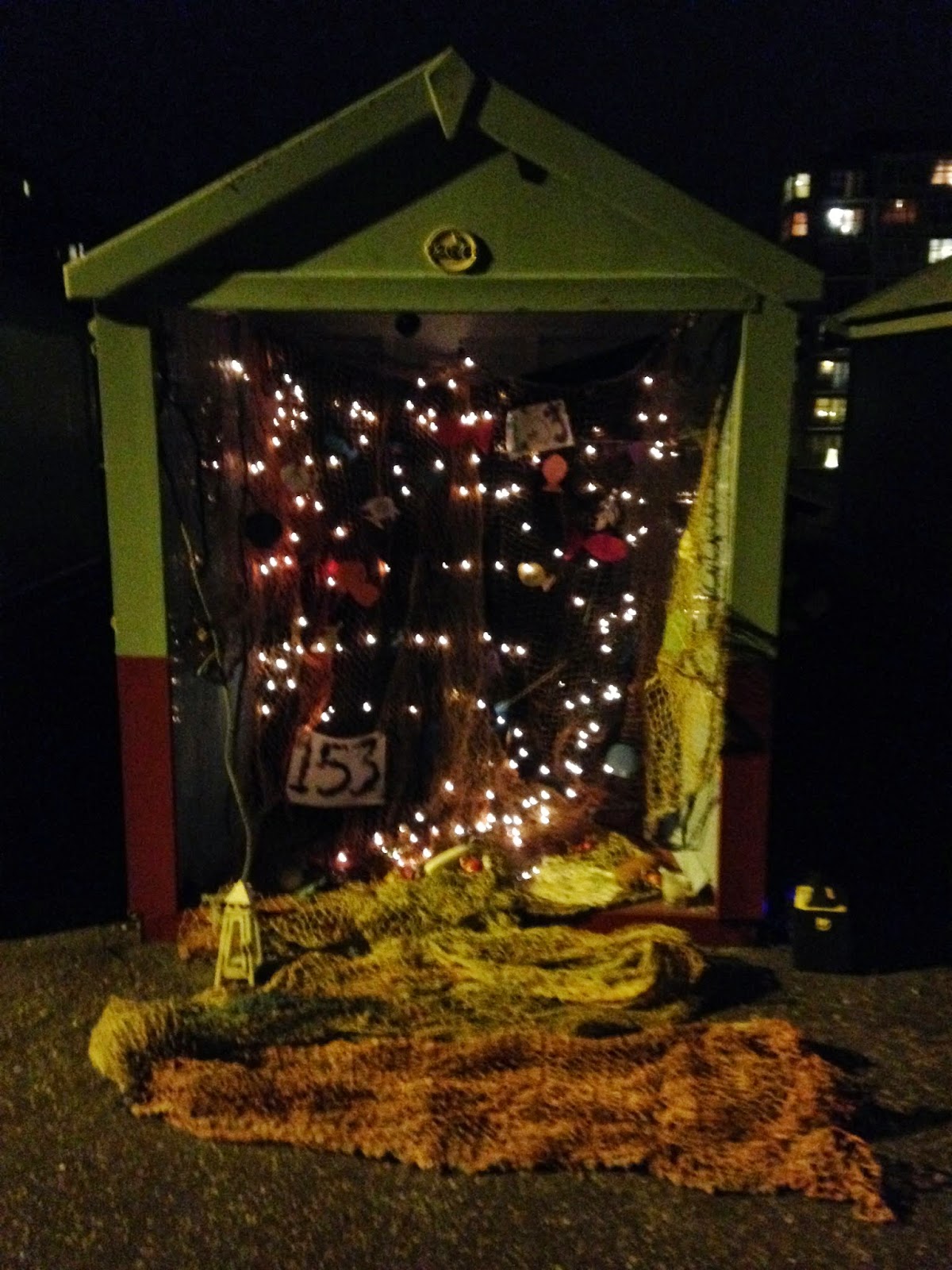 Jesus grew up within a fishing community beside the waters of Lake Galilee and counted many fishermen amongst his friend and disciples and there is a long tradition of using seafaring stories as a metaphor for aspects of his life. 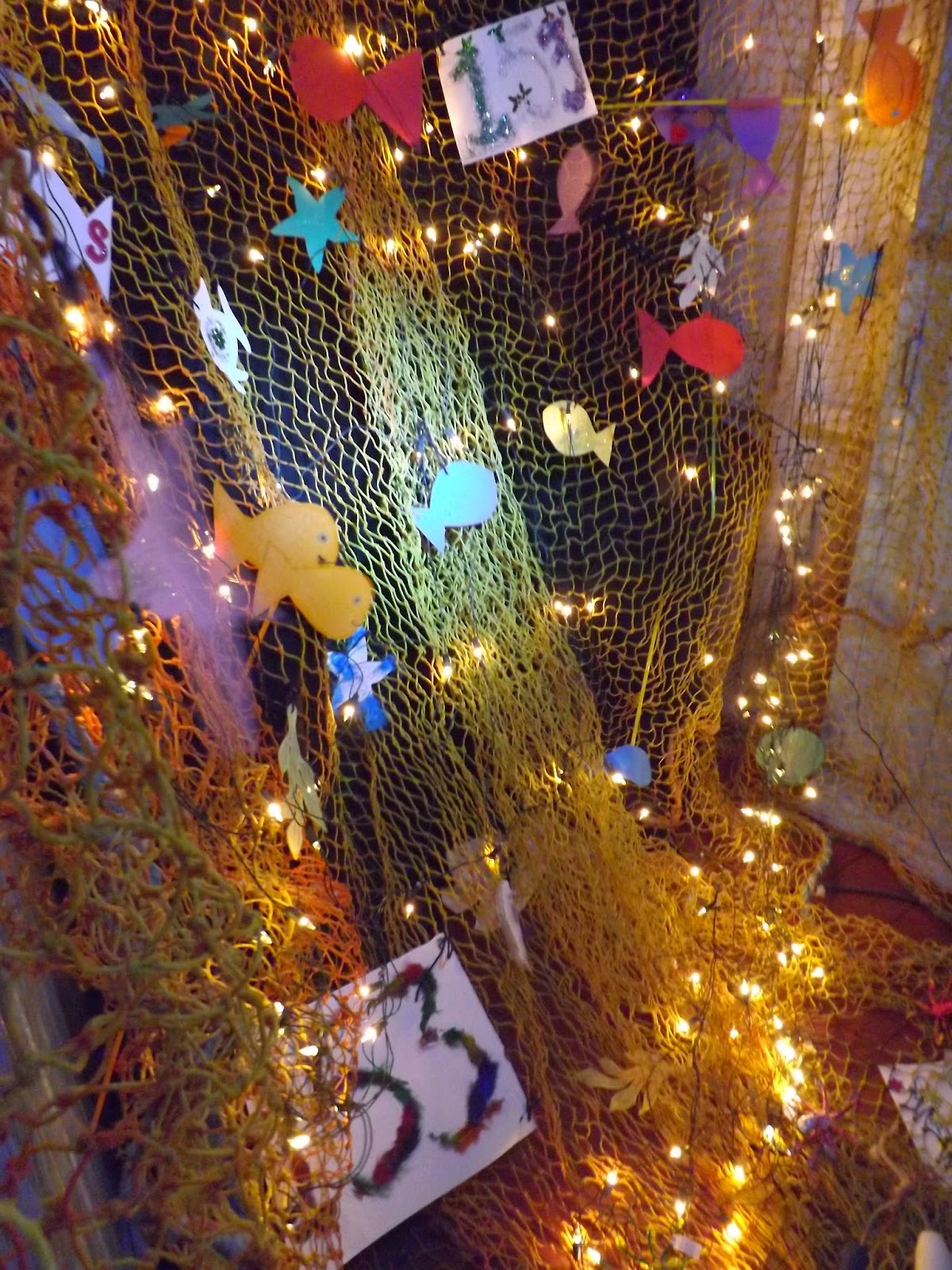 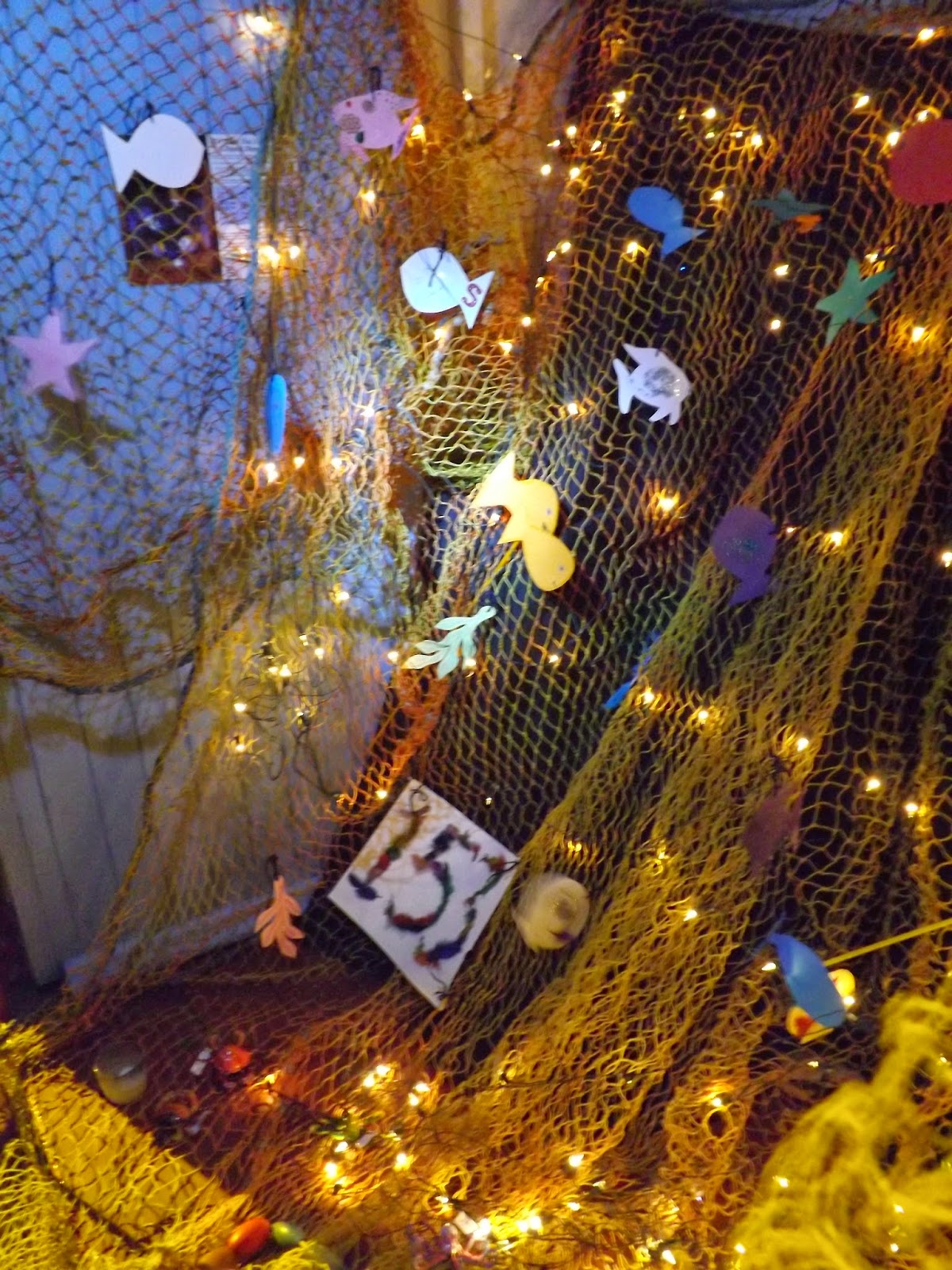 The main part of the decoration was a fishing net festooned with a variety of fish which completely filled the hut.  Scattered throughout the net was the number 153 which intrigued many of the visitors tonight. 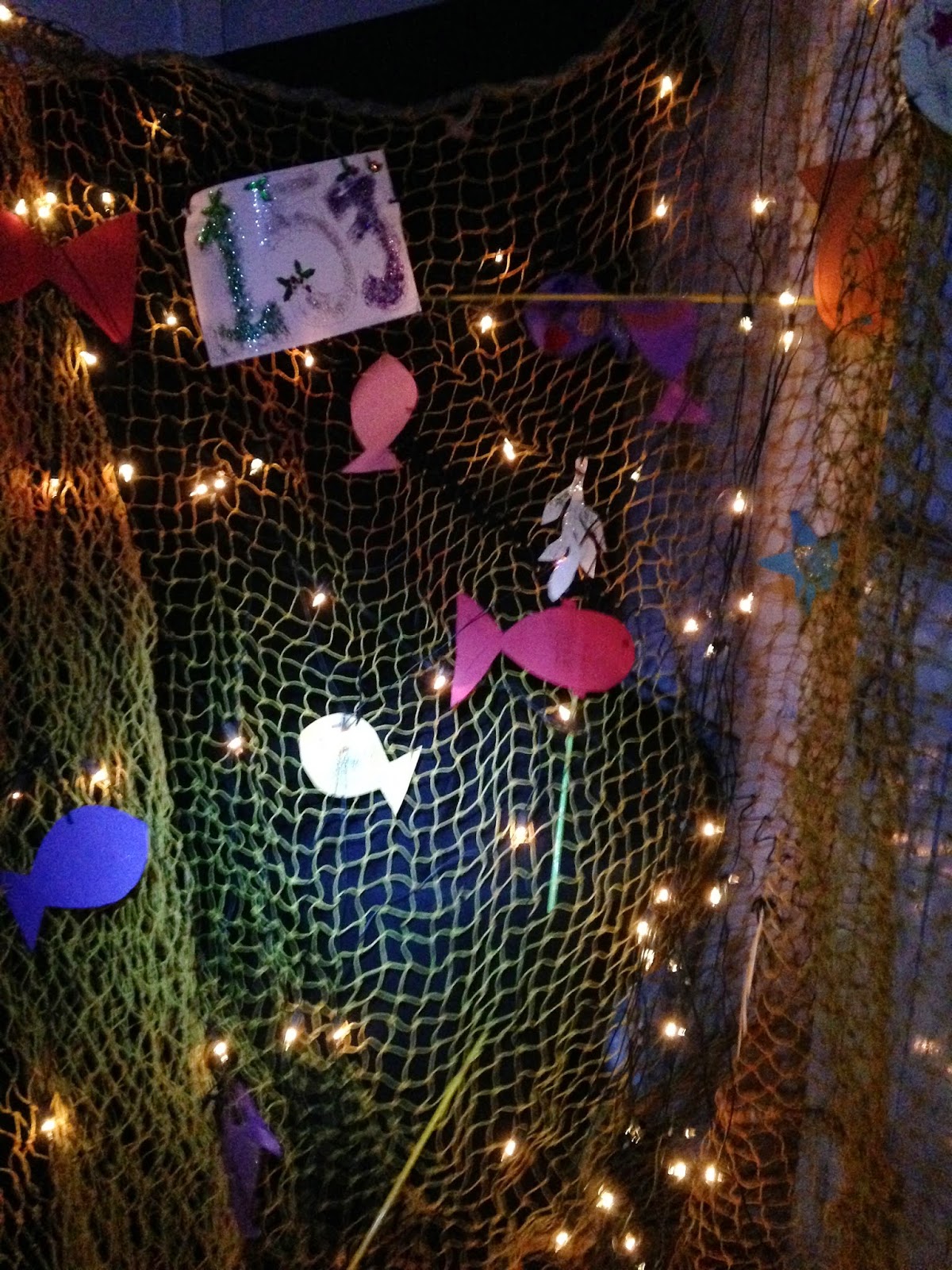 153 was the number of fish that almost broke the net of the disciples when instructed by the resurrected Jesus to throw their nets on the other side of their boat.  It's also believed that in Jesus time the number of species of fish
known was 153.


So when telling this story, the writers wanted us to understand that this catch, directed by the risen Jesus, represented all the fish in the world, as Jesus comes to save all.

Our next hut is very much to the East of tonights as it is number 44 beside Hove Lawns. 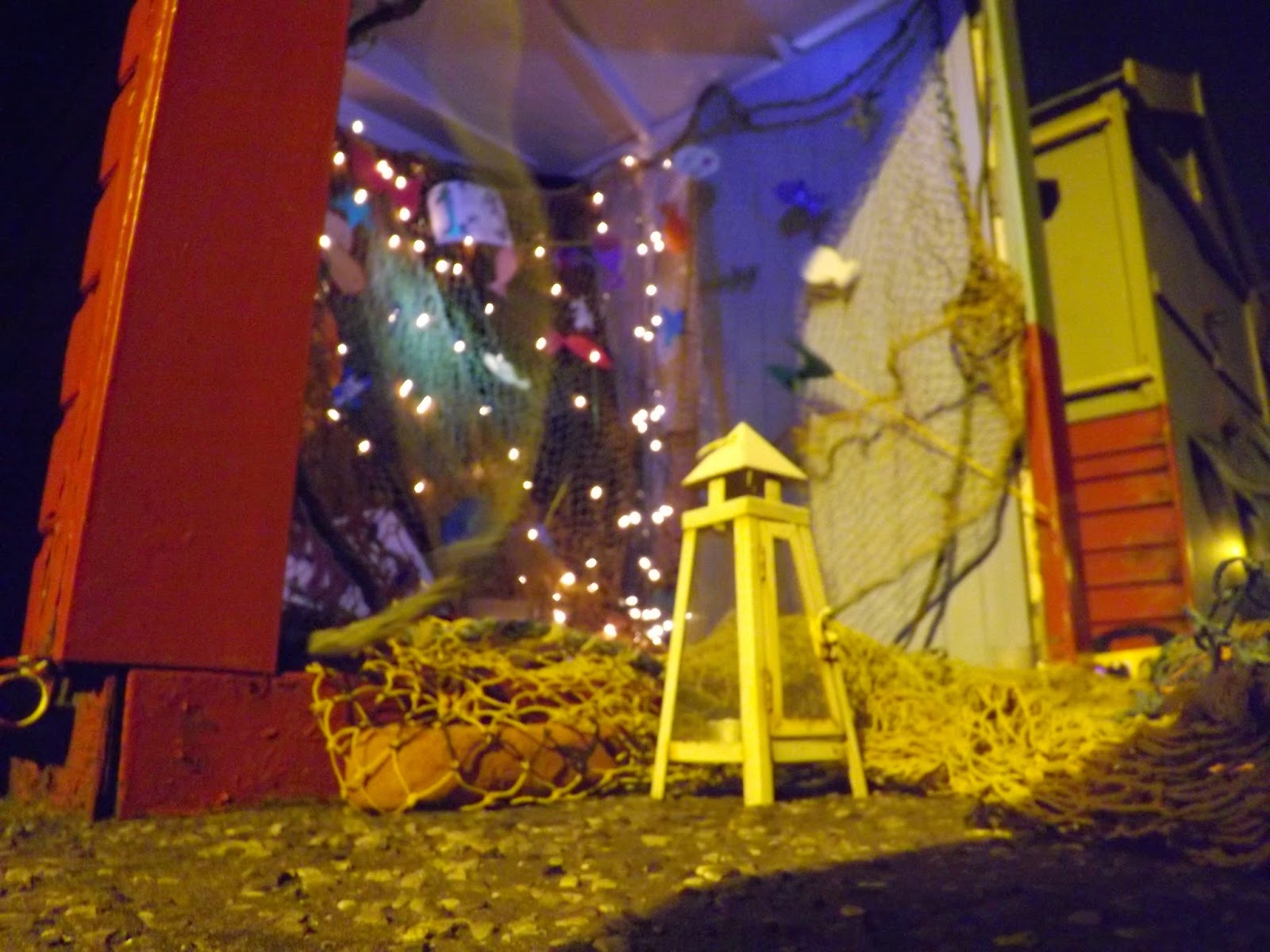